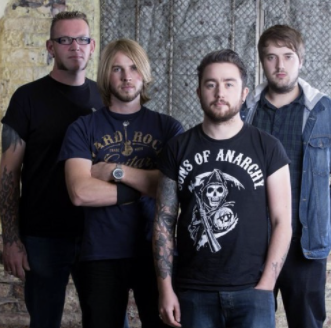 New music from the UK!

It’s been way too long since I’ve posted here, but I have continued to record, produce, mix and master music.

I’m excited to share a new song from some British friends of mine that go by the name Black Anvils.

The song is called “I Won’t Rest” and it was recorded and mixed by Jack Byrne in  Northern England. They sent me the track to master.

I mostly mix and record music these days, but every now and then I will do some final mastering, and for a lot of the projects that I mix I am asked to do a final master on as well. I prefer to send my mixes to a good mastering engineer, if for no other reason that to get another set of ears on it. But if the budget doesn’t allow this extra step, I will do my best to get final spit and polish on the tracks.

Since I do so much live recording for radio these days (at KFOG in San Francisco) I have to essentially mix and master tracks as fast as possible because they often end up on the air 3 to 4 hours after the band has recorded. So I’ve learned to work fast, and have a pretty good grasp of what will sound good on the radio.

At any rate, I invite you to have a listen to the Black Anvils. Great band, great song and maybe the next big thing? You decide.