Jessica Leia – Me and My Song 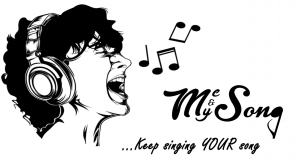 California-based Singer Songwriter Jessica Leia has released Season Two of her video series ‘Me & My Song‘.

Me & My Song is a musical project that includes weekly video episodes that follow Jessica through the course of writing and recording her original music. Her unique sense of humor and showwomanship captures the struggles and joys of being a songwriter in the modern age. I co-wrote a few of the songs in Season Two as well as co-produced all of the final songs in the series.

An interesting challenge that was presented is that Jessica recorded the basic tracks (drums, bass, guitars, piano, etc.) in a number of recording studio around the California’s Bay Area including the legendary Fantasy Studios in Berkeley where so many classic records were made. Each studio that Jessica’s band recorded in left it’s impression on the recorded tracks, some great, some not so great, but when the tracks finally ended up in my studio, I had to make the entire project sound consistent.

A big part of this was done by having Jessica record all her final vocals in my studio with the same microphone (Neumann U87) and same microphone preamp (Universal Audio 610-Mk2). With her singing in the same acoustic environment at around the same time and using the same gear, gave us the consistency that I was looking for, along with the unique flavors imparted by the different recording studio on the basic tracks.

And I also played electric guitars on this project!